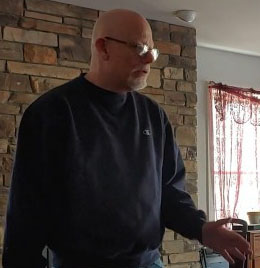 Kenny Perryman is a comedian and character actor. After ending his tour in the Navy in 1982, Kenny started developing funny characters and performing in various events doing stand-up comedy.

Also, Kenny does funny video skits on Facebook called “Doobie and Coffee in the Morning with The Proper Dab Guy”. Kenny also does characters such as Papa Prune Juice, The Guy that Knows a Guy, and T-Bone Rattle Snake Baker, and others. These characters will be guests on the show from time to time.

Kenny’s show is called The Jolly Jungle. The show will have funny segments such as “Maine’s Got Talent”, “Crazy Weird Happenings”, and more. The show will feature local performers in music, comedy, and acting.